So we have had blog posts, photos, hand-written signs, dances, videos, graphic designs and other ways through we my dear Brazilians have expressed themselves so far against their government.
One thing I have noticed from the beginning was that this revolution has been missing a very important social glue – music! And I have been telling this to everyone ever since I went to the protests last week.

Perhaps I am influenced by Coca-Cola’s Wavin’ Flag campaign, but I do believe that people actually bond and get inspired across social classes and nationalities through music.

So until now, I have been humming Wavin’ Flag to myself until I saw a post about Tom Zé, who just launched his new song Povo Novo (“new people” more or less) about the protests. I am not sure this one is the winner of the contest, but I guess it’s a start!

I think I am either becoming a prophet, or all of us just spent way too much time of our lives watching American marketing campaigns.

In Brazil, one learns to observe how quickly people get excited and how quickly they also forget and move on to the next thing. Last week we were all preparing for a revolution and this week, it seems that everyone has internalized the issues and is moving on.

Another interesting point is that while the first waves were mostly upper middle class/students/young professionals driven, now it’s cascading down to class C/D/E.

Today, my company released some of the people early because there were protests in Rocinha, Rio’s largest favela, which ended up streching up to Leblon, one of richest neighborhoods. Besides that, people have been camping out and protesting outside the Governer’s house, also situated in Leblon. I think those two things make officials really worried, as they touch their own personal lives  and I therefore am wondering what kind of changes could this bring about.

Combine natural beauty, irrational behavior and dysfunctional services and you have gotten yourself a great story, a beautiful painting or a romantic song.

One of such creators is my buddy Cassia Martins, an ivy league grad and a financial industry professional who ended up writing, self-publishing and promoting her book, Born in Rio. It’s always interesting to figure out how much of the written prose is fiction and how much is the person’s real experience. Well, when I read it, I could tell for a fact that her experience of Rio’s environment was completely real. The bohemian vibe, the strolls on the beach, the inner happiness of folks you meet here. As for the rest, I guess I should have asked! Somehow, I didn’t because maybe it’s better to never know….

I will let you guys judge – check out her website http://www.borninrio.com/ or buy the book here directly.

One thing that is very clear to me is that Rio is the city of the lost souls. There are tons of foreigners that get here from functional places but somehow dysfunctional lives and embark on some kind of an journey. I could certainly see this in Cassia’s heroine but also in myself and many others that I know.

Hopefully, this is something I could myself express in writing some day. In the meantime, way to go, Cassia! 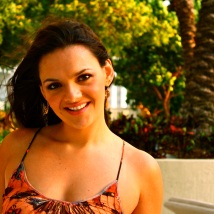 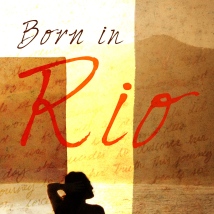 I am really jealous of some of my buddies here who were able to apply their video editing skills in order to make some great videos about the situation in Brazil. Nobody wants to read these days and so video and photography are gaining even higher importance for communicating messages. If only I had such technological abilities.. (or patience).

Ilya telling foreigners how they could change Brazil

What should I do next?

Today, I went to the great demonstration in Rio de Janeiro against the corruption of the government. Having heard ignorant colleagues calling demonstrators stupid and vandals from poor classes, I felt even more motivated to go. And so with some colleagues that still had some principles left, I headed over to the streets.

It was truly a peaceful event and it was clear that most people had no idea how to do a political rally so they chose to express themselves however they could. Some made signs, some painted themselves, others sang songs, played music or danced. One thing was clear: everyone was contra the corrupt actions of the federal, state and municipal government.

Of the hundreds of thousands of participants (some say millions) there were some that took violent actions against the city hall and confronted the police. Everyone is condemning this and unfortunately, their stupid behavior is taking the attention from the point of the demonstration. Similar images are displayed from other cities such as Belem in the North of Brazil and the capital Brasilia. This is very sad point but I guess an inevitable outcome of every revolution.

Anyways, I remain hopeful that Brazilians will start taking a more proactive stance on the issues in their country and continue avoiding violence. Since yesterday, facebook started being flooded with lists of priorities of issues and everyone is engaging in dialog (even those who claim avidly that they are against the demonstrations) various sites that were launched to think of action plans. Such as thisTrello board where people are collaborating on ideas on what needs to be change and this unlike page for things that are wrong in one’s neighborhood.

I am sharing my pictures here.