After a year or so of having a writer’s block, I decided to buy a Macbook. It was clear as mud to me that the cause for my inability to produce anything half-decent to that date was the lack of appropriate equipment and the right setting to use it in. I knew that the thing to do was to show up with this magical machine at a Starbucks, buy a tall-skim-latte and strategically position myself at one of those corner tables overlooking incoming customers. I would then open the lid, display that lit apple icon to the world and immediately turn into a younger and slightly less fashionable version of Carrie Bradshaw. The prose would then just start pouring from my beautifully manicured fingers into the blank word processor page and while being narrated inside my head (not exactly sure if it would have had an accent or not, but it would have certainly possessed a “know-it-all”, articulate tone).

I planned it all out carefully. I dressed in my cutest “writer’s outfit”: it was a safari-inspired piece with tight leopard print trousers and a zebra-striped tank top that matched my 7” platform striped sandals. A golden buckled belt, gave the whole look the perfect final touch. Of course, I also wore my big sunglasses to ensure that I kept the mysterious look and were able to stare at people without the risk of being discovered. I put my red lipstick on and dropped my newly purchased Mac inside my huge purse amidst the jungle composed of keys, Victoria Secret’s body mist (a girl’s best friend), a hand cream, a makeup set, spare large earrings (one never knows when those may be needed), tampons, my overstuffed wallet, three pens and a highlighter, two fashion magazines and a pair of flip-flops. I marched out of my messy apartment and trotted on those high heels to the nearest Starbucks.

As I was getting my skinny latte, my eyes caught sight of a handsome guy next to me. He was wearing blue jeans and a brown 80s style jacket and had a mischievously flowing hair that somehow reminded me of Robert Redford. He looked a like a mix between a history professor and a venture capital investor. Or perhaps a shift manager at the printing sore. I was not entirely sure. Robert was holding a folder under one arm and trying to put his coffee cup inside the cardboard holder with his other.

Being the good soul that I am, I immediately reached to help him, but as I was stepping in, my heel twisted to the side and I started falling forward. My bag flew out of my hand and landed in a huge bang on the shiny linoleum floor. I followed my lipstick rolling to one corner of the room while my wallet sped to the other. But this was not all. Instinctively, I tried to reach out with my hands and fall into Robert’s strong arms but instead I dropped my coffee cup and landed on my knees right in the puddle of coffee that was already covering Robert’s brown shoes. That sure has gotten his attention.

When all apologies were uttered and the red in my face almost dissipated, I had time to collect my scattered belongings. I then remembered my Mac which was the original reason that got me to that darn Starbucks. I reached for my bag and found it. I was staring at a cracked panel and broken glass. Mac didn’t make it.

Needless to say, Robert and I did not end up living happily ever after. I was back to square one with no computer and with the same writer’s block.

Should I have bought a PC instead?

But then, I get home, turn on my ipad, put on a new episode of Breaking Bad and enter into hibernation mode. 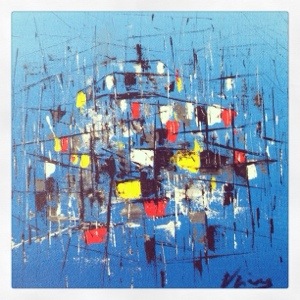 Had the pleasure to watch yet another free concert at the Jardim Botanico. 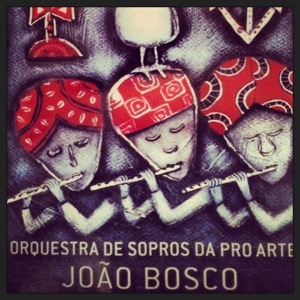 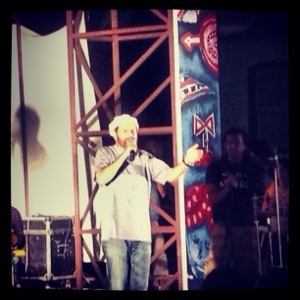 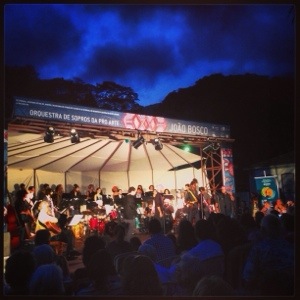 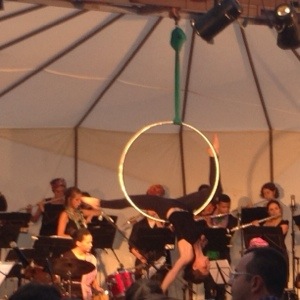 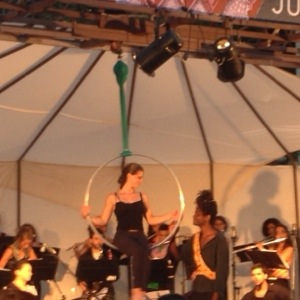 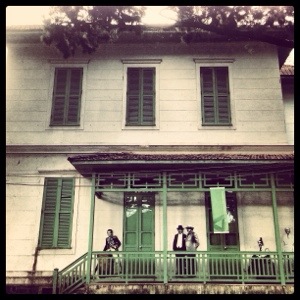 This weekend I went to visit the amazing Inhotim. Located about 50km from Belo Horizote, in the state of Minas Gerais, is a little piece of heaven, completely unexpected and gorgeous. Inhotim is an outdoor art museum and park, with structures and landscapes designed by the most famous Brazilians artists such as Burle Marx and Helio Oticica. A picture taken in Inhotim is definitely worth more than a thousand words..