I was happy to spend my day on the beach in Jeri, far away from the commercial circus that Christmas represents to me.

I watched yet another beautiful sunset and spent the evening looking at the stars with my new travels buddies. I also taught them to jump the 7 ways and make a wish, which is the tradition Brazilian follow during New Year’s. I decided to accelerate the process as the moment was just too perfect…

This day just made happiness radiate through me. Loved it!

Today I took a random sand buggy trip with an Israeli guy (after army trip), a Norwegian girl (gap year type) and a crazy British a lady that turned out to be quite good fun (she visited over 80 countries, a fact which made me feel super jealous). We stopped at places that carried names such as Lagoa Paraiso (paradise lagoon) or Lagoa Azul (Lagoa Azul). Our evening ended with watching capoeira on the beach.

This is what I call perfection. 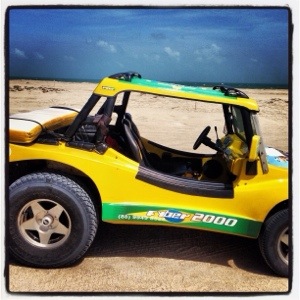 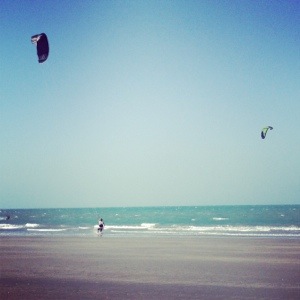 My 6 hour trip to Jericoacoara was quite an adventure. First, The bus I took stopped for lunch at a place that looked like a medieval castle (armors and all..). The food didn’t look too fresh and I remembered my travel food tips and avoided eating any uncooked veggies, eggs or seafood. I finished with a Coke for total disinfection. Just before leaving, I was introduced to a parrot named Katerina. She was screaming her name loudly. I am all for self-marketing so I didn’t resist when the waiter put her on my shoulder (even though all I could think of at the moment was: bird flu!!). We then took some pics together. 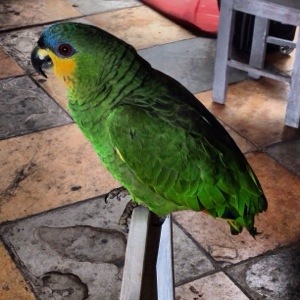 Shortly after, we arrived to Jijoca and switched to something that was supposed to be a 4×4 but actually turned out to be something between a barge and a chicken bus. After 2 hours of a roller coaster ride through forgotten villages (think Dorothea Lange , Great Depression, the Dust bowl, etc), huge sand dunes, 2D cows and dunkeys grazing on scarcely green fields, endless dirt roads, we finally arrived at Jeri.

I dropped off my stuff and went to explore. I discovered the large dune and the beautiful coast line.

It was definitely worth the long journey. I will let the pictures speak for me. 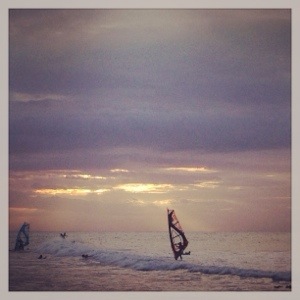 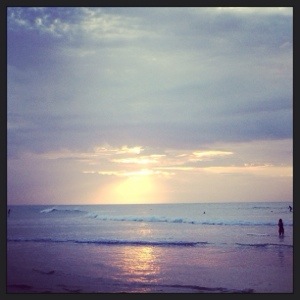 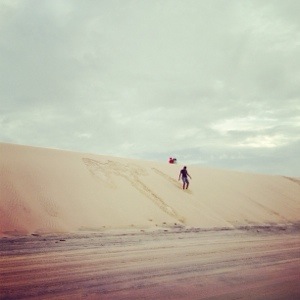 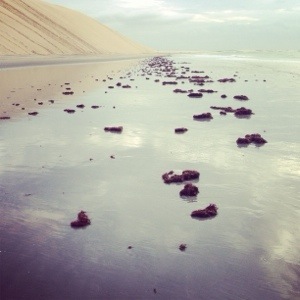 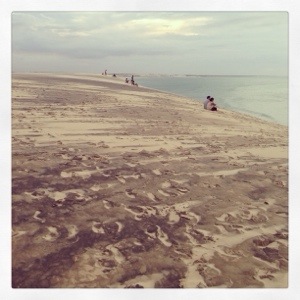 Yesterday I embarked on my solo journey to Ceará, a state in the northeast of Brazil, known for its beautiful beaches (600km) and forro music.

My first stop was the capital, Fortaleza. I heard not so great things but I was determined to find out I my own. Overall, I found it an uglier version of Rio, without the mountain scenery. I opted for a boat ride that turned out a total tourist trap: a shady van picked me up from the hotel, dropped me off with a group of 50 other victims by the marina. “40 reais, cash!” (10 more than I was told by the hotel) we were told and then hauled on something looking like a canoe onto a fishermen boat.

“Alright, now we will have a real tour” I thought to myself when a guy with a “tour guide” badge arrived.

Alas, instead, he put on forro music and spent the rest of the 2 hours trying to sell us on excursions his company offers and CDs of his cheesy music. Towards the end of the journey, we stopped at something that looked like a fueling boats basin and were given the opportunity to bathe in the “clear and shiny water”. To my great surprise, there were some folks that took him up on it! They also bought some CDs afterwards.

My conclusion at the end was that either I was missing something or I was not the target audience for that lovely adventure. The word “Sacanagem” in Portuguese just took a full meaning for me(look it up!).

I returned pissed off to the hotel and as compensation treated myself to dinner at a fancy French restaurant called Piaf. A glass of great red wine, grilled Gouda cheese salad and a petit gateau lifted my spirits and my excitement for the rest of the journey. 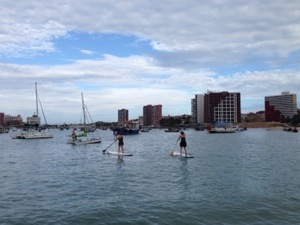 The boat I did NOT take 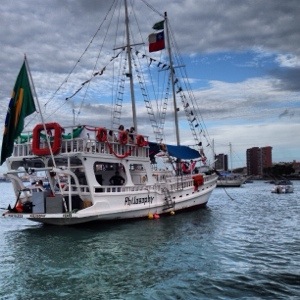 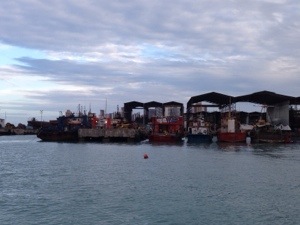 Today I had multiple inputs about the status of women’s progress in society.

First, the below video highlighted the high level of negative / sexist bias that mainstream media creates about women, showing them as sex objects or raving bitches.

Second, it was announced that for the first time in history, a woman, Mary Barra will serve as a CEO of a major car company, GM, in an industry that is notoriously known for its “old boy club” mentality. All articles, kindly highlighted her professional and interpersonal skills that had led to this promotion.

Third, I ran into the following article about Japan, who is genuinely putting an effort to incorporate women in the workplace, building on their knowledge and talents. It cites all sorts of initiatives, the most interesting of which I found was pushing social norms, to encourage dads to contribute more at home. One challenge it tries to balance with women’s career options with the need to increasing population growth in a country where there are more pets that children under the age of 15!

Overall, 1 step back and 2 steps forward. I guess,  I shall remain optimistic!