At lack of interesting stories to tell (aside from those related to bureaucratic tedious tasks I had to deal with in the past several weeks), I shall communicate in pictures from my recent strolls around town. 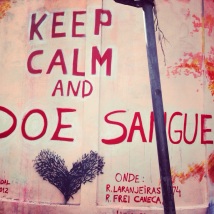 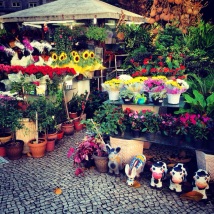 Flower booth at Largo do Machado

Friday, April 4th, 2014 was my last day at work. This was not the first time I quit a good job just at the point when I was doing really well, showing results and moving up the corporate ladder. I guess each time it gets more difficult and easier at the same time. Difficult, because each time I have been working even harder to get where I am and easier, because through the experiences I’ve gained,  I know that there are many great opportunities ahead, waiting to be explored.

I want to share some of the lessons I learned from these experiences.

1. Don’t think you are invaluable. The day after you will leave, a new body will step into your place.

My first job after college was at a top-investment bank. I was lucky to be selected into a graduate program that gave me a lot of training, networking opportunities and access to a global network of colleagues and friends. For a 21 year old computer science major, the experience of moving from Texas to New York City and rubbing noses with successful bankers and big city dwellers was simply unparalleled. However, I was young and naive to think that all the complex academic knowledge I had acquired would be leveraged by my superiors. Instead,  I kept being entrusted with filling endless spreadsheets and preparing reports, which I felt could be outsourced to someone without any education, or just automated. I had a good relationship with my boss who would praise my excellent work and promise a piece of the holy land one day, had I stayed long enough. This promise, was not enough to motivate me against the threat of acting as a human robot for the next few years. So I decided to walk out. I remember the guilt I felt in abandoning ship and the anxiety of dropping that “promising career” ahead of even starting it. Well, once I said it, I realized that my biggest barrier was me. Nobody really cared. It was such a relief. The result was a brand new experience in a commercial bank environment, and later on an excellent MBA program. I NEVER looked back.

2. It’s ok to go down a non-ideal path if you have a backup plan

When I went to business school, I told myself, I would never go back to working in another big hierarchical company again. And guess what? I ended up working in one of the largest companies in Brazil. This time, however, I was much more prepared: I knew exactly what I wanted to get out of it and I was slightly more mature to recognize my insignificance in the context of my corporate environment (i.e. I did not have great expectations to change the world). It kind of worked out to a point, but then I realized that I actually did want to change the world.

Something that started from a leftover assignment of dealing with Sustainability(“Oh my, tree huggers alert!!”), an area I had absolutely no knowledge or interest of, led to me rethinking some of my capitalistic shareholder-value-optimization maxims. I ended up reflecting much more about the role of business in society  and the positive, rather than negative, effects it could be generating. In a developing country such as Brazil, the need for business as a positive force of development was simply indisputable. I was living the deficiencies of nonfunctioning institutions days in and out, everywhere I went and I knew that there is no way this country could improve on the sole (un)merit of its government. Once I realized this, I could not stop thinking about the fact that I have to apply my professional skills to make these things happen somehow. This gave me a great sense of purpose with my next professional choices.

4. Making a difference in people’s lives can be a career development opportunity within itself

Another surprising side effect of this experience was that ironically enough, despite joining a very “manly” industrial company, I got to work with many women, for the first time in my life. This made me  much more  acutely aware of their role in businesses and how much talent remains untapped due to various factors (which I shall not elaborate here). This is why I started my Women Leaders (Mulheres de Liderança) movement, studying the issues in further depth so that I could inspire women to be successful leaders. I also got into a bunch of internal fights with male leaders who did not think the issues were that important. These fights gave me great pleasure because they helped critical points gain more top-of-mind relevance. “Take personal risks for the things you believe in” was an excellent management mantra that a male colleague of mine taught me in this process. I gained even more respect for him after this.

5. You are the only person who knows what is the right path for you. Trust your judgment.

When I told my bosses that I wanted to quit, they were surprised. They just could not fathom the fact that I wanted to leave just when I was doing so well, getting along with everyone (a big one in Brazilian political corporate culture) and gaining influence in the organization. To me,  on the other hand, getting to this steady state, meant only one thing: time to move on to new challenges. Colleagues were even less understanding. The most common question was: “What happened???”, only second to: “Which company are you going to??”. My simple logic of: “I just want to do something different, with more impact” did not seem to sink in at all. The support of my closed ones, was on the other hand extremely encouraging and proved to me again that I choose my friends really well.

So here I am now, ready to embark onto my next journey. I am really excited about it and hope that my experience may give courage to the many of your out there who are unhappy with where they are but are hesitant to take the steps to get you to where you want to be.

Remember: the two things to be afraid of are: boredom and mediocrity. Everything else is small details.

I decided to celebrate my first week of freedom with a trip to São Paulo.
In the newly inaugurated Contemporary Art Museum (MAC) I saw some great pieces such as foam statues, giant breathing cats, surreal photography and others that made me happy and inspired. Sharing here with you.

View from the top 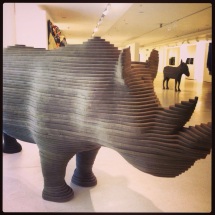 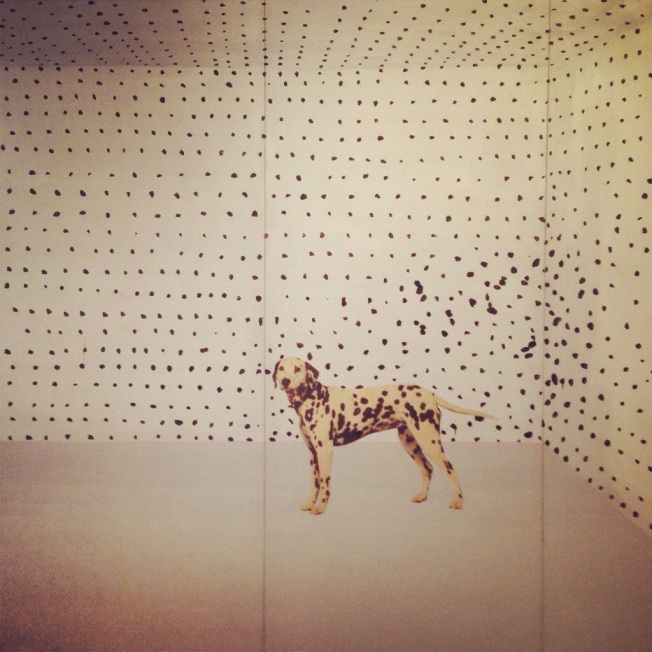